A 24-year old young man was seen by an officer hitting a median (he explained it was because he was looking at his cell phone).  Officer put him through roadsides and said he failed.  Defendant submitted to a blood test which had a result of .037.  Despite the legal presumption that individuals below a .05 are not impaired, the DA was aggressive and demanded a plea of guilty to Driving While Ability Impaired.  We refused and set the case for trial.  Just before the trial, the DA recontacted us and agreed to dismiss the alcohol-related charge if the Defendant pled guilty to Careless with a minimum fine.    This case is an example of how the DAs are sometimes very aggressive on low-BAC cases.  We had to be equally aggressive and set the case for trial to get the excellent result we did.

A string of courtroom victories for local DUI attorney

FORT COLLINS, Colo. – In less than two months, attorney Brad Allin succeeded in obtaining three dismissals for drivers charged with DUI in cases that the DA insisted on prosecuting. By doing so, Allin has maintained his reputation as an excellent trial lawyer, allowing him to obtain more favorable settlement offers for others he represents.

On three separate occasions this summer,  prosecutors pursued cases in which motorists had consumed some alcohol prior to driving, but in which there was only marginal evidence of DUI. Allin fought the cases in court. In each instance, the motorists were either acquitted by a jury, or the charges were thrown out by a judge. As an established attorney willing to go to trial, and able to win once there, Allin will make life easier for his future DUI clients.

The series of victories for Allin and his clients began on May 15, when Allin took a drunk-driving case to trial before a jury. The client had been involved in an accident while riding a motorcycle. Law enforcement at the scene requested field sobriety tests, and the client refused. The client also refused the breath or blood tests . Ordinarily,  refusal of the breath or blood tests makes an acquittal more difficult. Accordingly, the plea offer from the DA required substantial jail time. After hearing argument by Allin, however, the jury returned a not guilty verdict on the DUI and DWAI charges.

Then, on July 3, Allin defended another client at jury trial in a case involving a .075 blood alcohol level. The arresting officer took the stand and claimed Allin’s client had failed the roadside sobriety maneuvers administered following the traffic stop. Allin challenged the officer’s administration of the roadside tests in open court with a rigorous cross-examination. He then argued that the .075 is only a permissive inference and that with no bad driving the client should be acquitted. The jury was persuaded, and found the client not guilty

On July 9, less than a week after winning the last jury trial, Allin was back in court. This time his client had provided the State with strong evidence of guilt in the form of a breath test of .171 – more than twice the legal limit for DUI. Again, Allin refused to cave to pressure from the DA. He took the case before a county court judge, arguing that the traffic stop was illegal, and consequently, that the result of the breath test should be ruled inadmissible. The judge agreed. Without this evidence, the DA had no choice but to dismiss the charges.

Afterwards, Allin was asked to comment on the significance of his courtroom victories for future clients. He explained that “a good trial attorney will be able to get a better result for a client without having to take the case to trial.” Establishing a strong track record, it seems, is a powerful bargaining chip. It provides DUI attorneys like Allin with strong leverage during plea negotiations.

Allin also offered a suggestion for anyone facing DUI or DWAI charges in the Fort Collins area. “Even if most of the facts of your case are bad, there may be details with the stop or administration of the tests that could result in getting a very good outcome.” Allin said. “The only way to know is to come in and discuss your case with me.”

Allin recently told the Coloradoan that it had seemed strange for a drug investigator to “be on routine traffic duty,” so he asked Sheldon about it at the hearing. But Sheldon denied there being more to his involvement.

Allin said he sees the incident as a “mistake by an officer, but a fairly serious one.”

As an attorney who frequently deals with Larimer County drug cases, he said this is unusual.

“They’re aggressive, but usually certainly within the bounds of the law, so this is an aberration,” Allin said 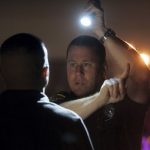 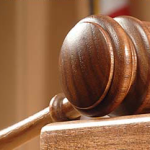 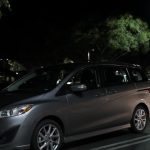